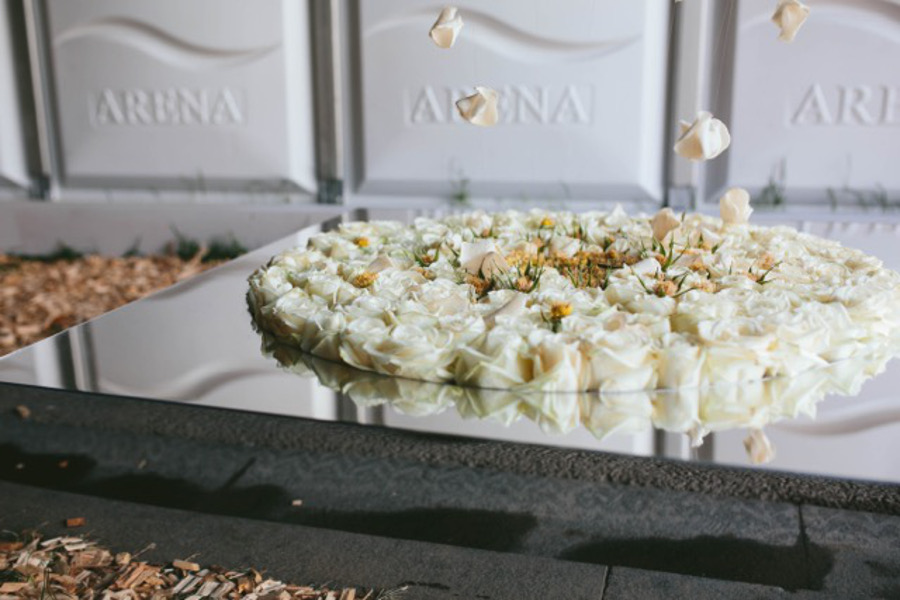 As we all know when Joseph Massie is given a major project the world holds its breath. We here at Floral.today are more than excited to bring you some of the greatness he brought to us and Her Majesty the Queen to celebrate her 90th birthday.

Thank you to Joseph and the Royal Horticulture Society for sharing with Floral.today and our followers. 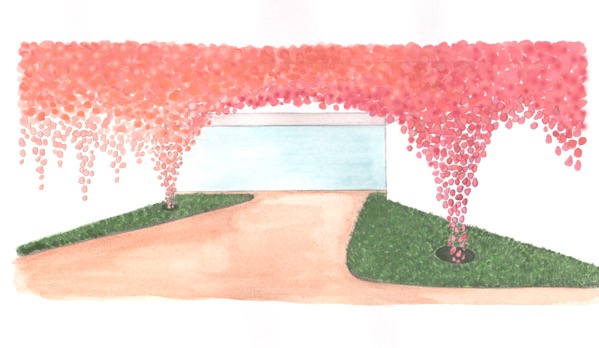 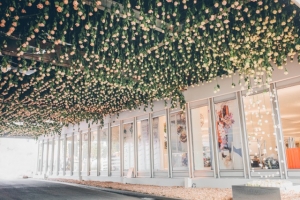 Botanical artist, Massie, 27, from Liverpool, created a design that sees a swathe of 5,000 fresh-cut Avalanche roses from Meijer Roses and 1,000 preserved rose petals suspended in the air to create a romantic, sensory tunnel.

The project marks Massie’s first return to the Chelsea Flower Show since he achieved five successive RHS Gold Medals and four Best in Show Awards between 2009-2013. Joseph was the youngest person ever to achieve this feat. 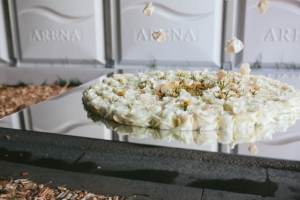 Joseph Massie, botanical artist and designer of the Rosa installation, said: “I am thrilled to be back at Chelsea – and on a much a larger scale this time around.

“It is a huge honor to be commissioned by the Royal Horticultural Society to create an installation to celebrate Her Majesty the Queen’s 90th birthday.

He added: “I would be lying if I said I wasn’t a little bit nervous to know what Her Majesty’s verdict will be when she sees my installation for the first time!” 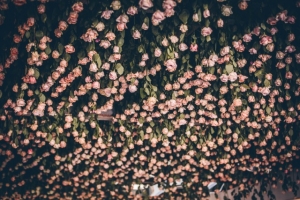 To create Rosa, Massie has used the finest preserved rose petals that appear rise up from the ground to a floral ceiling, strung on invisible threads. One side of the exhibit features petals in warm, summery pink tones, contrasting with softer apricot tones opposite – in keeping with this year’s RHS Chelsea Flower Show logo colours.

In matching tones, fresh-cut roses intertwine with the preserved petals as they rise, forming two fuller columns, which thicken and pool out as the florals reach the ceiling. Chunkier rose heads spill out overhead and the contrasting colours meet in the centre, making for a truly spectacular floral display. 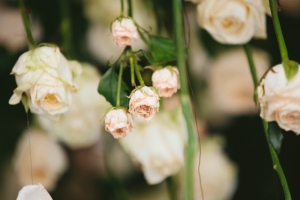 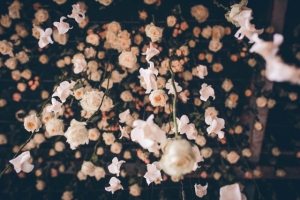 Massie, continued: “With my design, I wanted to create a sensory and immersive experience by presenting fresh rose blooms in a truly romantic and captivating way.

“I am so delighted with the final result and I really hope that the Queen, and all of this year’s visitors to Chelsea, will enjoy my exhibit.” 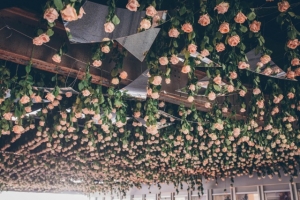 Five thousand flower blooms and five different types of rose varieties from Meijer Roses were used to create Massie’s exhibit, including Sweet Avalanche, Pearl Avalanche and White Avalanche, as well as more than 1,000 preserved rose petals. The roses and preserved rose petals will dry naturally over the course of the week and will be recycled into new artworks after the Show has finished.

Massie recruited 25 volunteers to assist with the installation over four days in the lead up to the Show. Volunteers were selected from Massie’s flower school, the UK School of Floristry, and from other leading colleges around the UK, as well as students from Australia, France and Sweden. 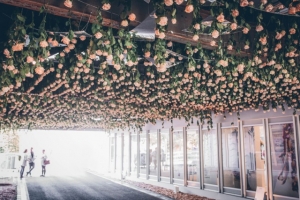 Massie added: “I would also like to say a special thanks to the incredible team of volunteers have given their time and energy to this project. Each volunteer must have scaled our scaffolding towers at least 5000 times, and always with a smile! We simply could not have completed the project without them.”

Joseph Massie collaborated with Meijer Roses and Avalanche Roses to create the Rosa installation at the RHS Chelsea Flower Show 2016.

The Rosa exhibit is situated beneath the Rock Bank restaurant, which connects Main Avenue and Ranalegh Way. 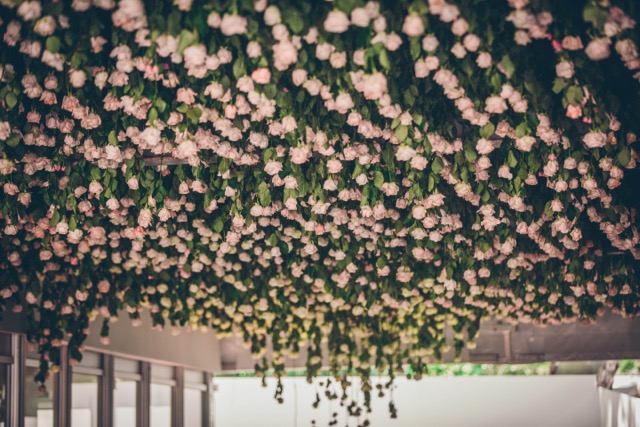 The RHS Chelsea Flower Show 2016, sponsored by M&G Investments, takes place from 24-28 May 2016 in the grounds of the Royal Hospital Chelsea. The theme of this year’s Show champions the health and wellbeing benefits of greening-up our grey spaces. For more information, visit www.rhs.org.uk 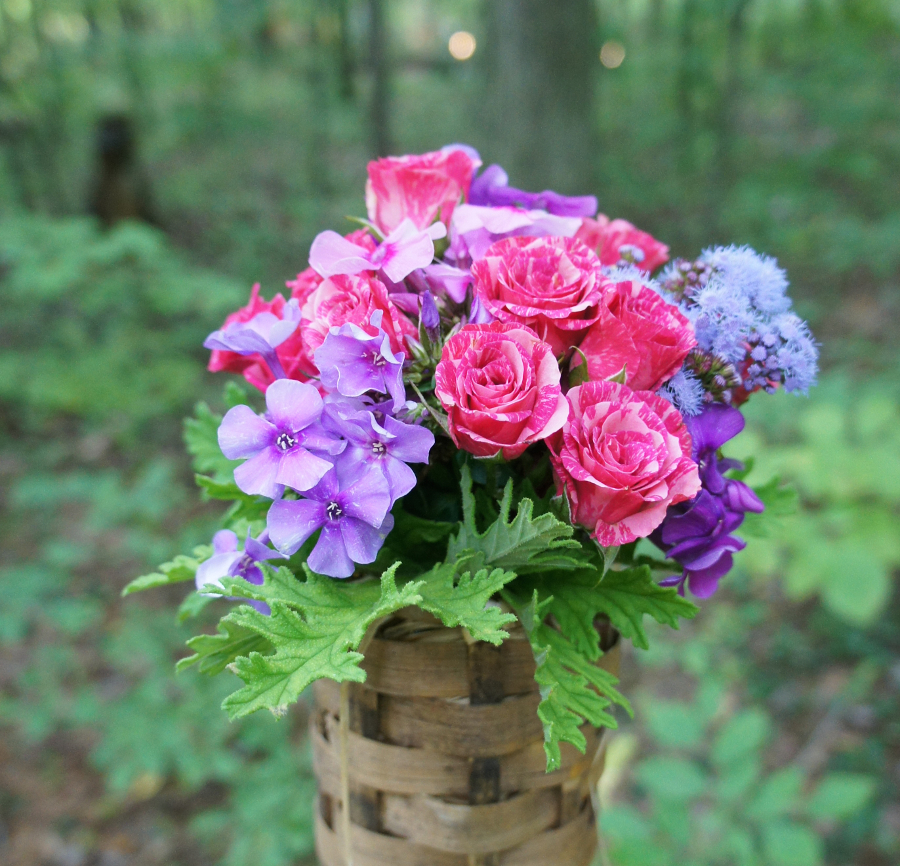 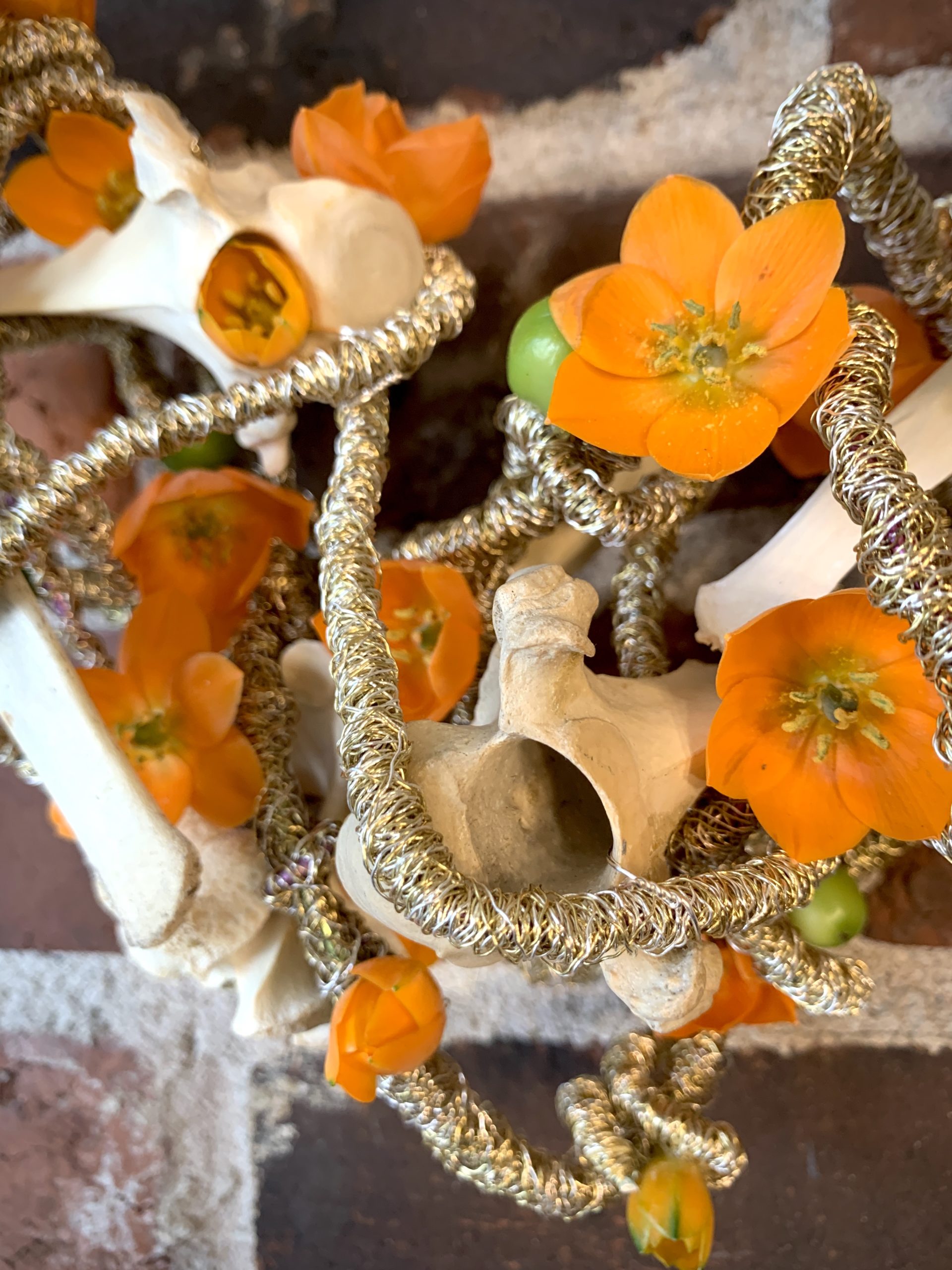